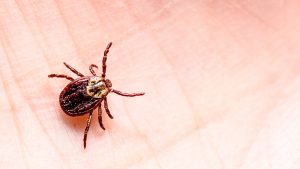 Lyme disease is one of the fastest-growing infectious diseases in the US and Western Europe with more than 400,000 new cases contracted each year in the US-an increase of more than 10 times what was previously believed.

Unfortunately, standard medical care still does not view Lyme disease as a real illness. This is mostly because of the lack of adequate testing but also due to a lack of understanding of the disease. The Western Blot, for example only picks up levels of antibodies from Lyme. If only a few antibodies are detected, the person is considered not to have Lyme disease, although they may be symptomatic. Even if the patient tested positive for Lyme, treatment is only focused on antibiotic therapy for acute Lyme, whereas Lyme is often a chronic persistent infection, for which antibiotics are often ineffective.  Luckily organizations like the International Association of Lyme and Associated Diseases (ISLADS), is leading the way on its resources and education for physicians to better understand this disorder.

Another way to assess for Lyme is Dr. Horowitz MDs MSIDS questionnaire. For a copy of this questionnaire please contact our office.

Symptoms of acute Lyme may include:

Symptoms of Chronic or Persistent Lyme may include:

Lyme is really the front disease for a myriad of infections.  Logically, does a tick just carry one bacterial infection?  Highly unlikely.  In fact, ticks are like dirty needles carrying multiple infections in the form of bacteria, viruses, and parasites.  When a person is infected they get as many as 5-10 infections.  In addition, when the immune system is compromised or dysfunctional from battling Lyme infection, additional opportunistic infections that are dormant in the body become activated.

So focusing on just Lyme bacteria for diagnosis and treatment is limiting recovery.  Unfortunately, many coinfections (as they are referred to) are difficult to test for and diagnose.  Symptoms are often overlapping.  The probability of having coinfections, however, is extremely high.  It has been generally estimated through clinical experience to be about 80%, but a recent survey in 2016 in the U.K. reported that 94% of Lyme disease patients have at least one coinfection.  Here is a summary of the common coinfections.

Bartonella infects red blood cells and the cells that line blood vessels.  Common symptoms are neurological, persistent headaches, chronic fatigue and muscle pain, and pain in the soles of the feet.  Other symptoms are severe insomnia, migraines, anxiety, constant worry, agitated-depression, panic attacks, psychosis, bipolar disorder, depression, agitation, autistic-like symptoms, hallucinations, memory loss, brain fog, and aggression sometimes referred to as "Bartonella rage".  A person may only have just one symptom or many of them.  Bartonella has been documented in patients with rheumatoid arthritis (RA), fibromyalgia, and multiple sclerosis (MS).

Babesia is a malaria-like parasite that infects red blood cells.  Classic babesia symptoms include drenching sweats anytime during the day and frequently at night.  Thermal dysregulation that can go from feeling cold to chills to drenching sweat in minutes.  Headaches often in the front and sometimes in the back of your head or your head feels like it is in a vice grip.  Mood instability, insomnia, depression, anxiety, balance problems, or tinnitus that change all the time and are caused by inflammation of the brain and meninges.  Heart palpitations or any cardiac irregularity (pulse, blood pressure).  Air hunger (gasping for a breath).  Severe babesia can mimic cancer.

Mycoplasma are the smallest of all bacteria.  They can change their shape and fit into areas that other bacteria cannot go.  It commonly infects the synovial lining of joints.  Fatigue is a common symptom.  Because it scavenges fats from myelin sheath covering nerve tissue, mycoplasma is linked to RA, MS, ALS, and Parkinson's.  Mycoplasma has been found in 75% of Lyme patients, 90% of RA patients, and 80% of Chronic Fatigue and Fibromyalgia patients.

Ehrlichiosis is a term that describes several different bacterial diseases, one of which is anaplasmosis.  The clinical presentations of ehrlichiosis and anaplasmosis are the same.  Symptoms include sudden high fever, fatigue, muscle aches and headache.  The disease can be mild or life-threatening. Severely ill patients can have low white blood cell count, low platelet count, anemia, elevated liver enzymes, kidney failure, and respiratory insufficiency.  Ehrlichiosis/anaplasmosis is often suspected in a patient who does not respond well to treatment for Lyme disease.

Coxsackie virus are very small viruses in the intestines and the stool. There are two main groups: type A and type B, each with smaller groups of different strains of coxsackie viruses.  Symptoms are fever, sore throat, diarrhea, vomiting, rash, muscle pains, liver inflammation and inflammation of the heart sack.  Coxsackie virus is the causing agent for hand foot and mouth disease.  The virus can cause Bornoholm disease, an infection of the pleura (pleuritis) that results in severe chest pains.

Chlamydia pneumoniae (CPN) is an intracellular bacteria that hijacks the energy of its human hosts by stealing energy from the cells to grow (ATP).  This often results in extreme exhaustion but symptoms also include burning pains in the chest, the bones or the muscles.  It usually infects lung tissue but can spread to the connective tissues, nerve tissues, brain, and muscles.  It infects cells in veins and the lymphatic system.  Symptoms are broad and include pneumonia, meningo-encephalitis, arthritis, myocarditis, connective tissue pains (fibromyalgia), asthma, infections of the airways, bronchitis, MS-like complaints, Gillian Barre, Alzheimer, atherosclerosis, and shortness of breath.

Epstein Barr Virus (EBV) is a viral illness in the same family as herpes and chickenpox.  EBV infects 95 percent of humans, but it is usually dormant in the body and rarely reactivates, usually only in times of stress.  Chronic EBV infection is something that is only seen in people with immune problems such as Lyme disease, transplant patients, HIV patients, or people born missing a part of their immune system or immune function.  Dormant viruses like EBV can be activated in the presence of Lyme disease.  This can accelerate debilitating fatigue as well as many other autoimmune and neurological symptoms.  Research repeatedly shows abnormal accumulations of EBV in MS patient brain lesions.  Patients suffering from other autoimmune diseases had similar findings regarding their pathological tissues.

Cytomegalovirus (CMV) is a member of the herpes family and shares the common ability to remain alive, yet dormant, in the human body for the life of its human host.  About 80 percent of adults are infected with the disease.  CMV, however, rarely becomes active unless the immune system is weakened and is unable to hold the virus in check.  Trauma or decreased immune system function in conditions such as Lyme disease can awaken CMV.  Symptoms include prolonged high fever; chills; severe fatigue; swollen lymph glands; headache; and an enlarged spleen.  People with weakened immune systems are at risk for more serious complications including pneumonia, liver infection, and anemia.

Parasites are considered the biggest opportunistic infection.  Not limited to intestines (gut), parasites also inhabit many other parts of the body including the brain.  Many parasites take control of their hosts' minds.  With Lyme disease, parasites limit a person's drive and motivation to get well.  They become convinced they are not sick and that aggressive treatment is not required.  Treating parasites can unlock unprecedented improvement in body-wide symptoms like brain fog, depression, irritability, memory loss, anxiety, and fatigue.  A very significant finding is that many other infections hide inside parasites for protection.  For example, Lyme's Borrelia bacteria hides inside parasitic worms causing chronic brain diseases.  As a result, if parasites are untreated, progress against other infections, like Borrelia, Babesia, and Bartonella, can be impaired or come to a halt.

A fascinating occurrence is that these coinfections want to be the lead infection and present their symptoms first and foremost, actually pushing Lyme symptoms into the background.  The symptoms that a person suffering from Lyme disease reports are often the symptoms of coinfections.

If one suspects Lyme disease, the standard Western Blot is typically the first test that is ordered. The CDC requires either 2 out of 3 of the IGM bands or 5 out of 10 of the IGM bands to be considered positive; however, this test often is negative, even in a symptomatic patient who has a history of a tick bite.   This is especially true for chronic Lyme because the Western Blot is a blood test and Lyme does not live in the blood. Unfortunately, Lyme most often lives deep in other tissues, such as the joint tissue, organs, and brain, and is therefore hard to detect. Dr. Klinghardt, MD, Ph.D., was able to detect previously undetectable Lyme by using ultrasound to provide the spirochetes out of various tissues. Luckily,  advanced testing using Polymerase Chain Reaction (PCR) and other technologies have made detecting Lyme less of a challenge.

Treating coinfections can result in a dramatic reduction of symptoms and people feel like they have beaten their Lyme disease.  In reality, the Lyme infection is likely still present and must be addressed with comprehensive treatment.

While treatment directed at the Lyme bacteria is essential, so are treatments targeted at the coinfections, especially viruses and parasites.  Since most patients present with chronic Lyme that has been undiagnosed or untreated for months, years, or decades, lots of time has passed for these infections to take hold in the body.  This is one of the major reasons why recovery from Lyme disease is so difficult.  You are not battling one bacteria, you are actually fighting multiple infections that invade many and different parts of the body.

There are many great functional Lyme doctors that inspire us as we search to support our patients who suffer from this disorder. Dr. Klinghardt, MD, Ph.D., is a foremost authority in this area and has developed successful herbal treatment protocols for Lyme.

In summary, Lyme is a very complex and misunderstood illness. We combine the very best of functional and integrative approaches for the evaluation and treatment of Lyme and Co-infections. Please contact our office for more information. .