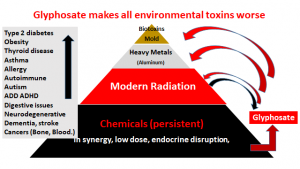 Glyphosate, a category of its own...

Glyphosate, the active chemical in Roundup, is the most commonly used herbicide in the United States. With over 330 Million pounds sprayed annually, it is a water-soluble compound that has made its way into our foodstuffs and water supply.  In one study, Glyphosate was found in 93 percent at an average level of 3.096 parts per billion (PPB). Unfortunately, due to Glyphsate's ability to block certain detoxification pathways, Glyphosate makes all environmental toxins worse.

As the amount of Glyphosate use has increased, so has the incidence of Autism: 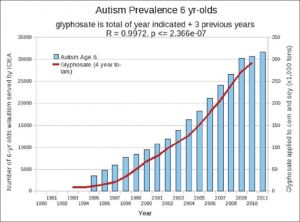 How do I determine my Glyphosate level?

How to reduce your Glyphosate load: 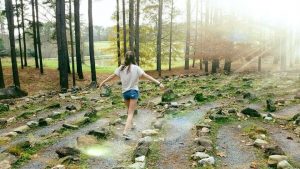