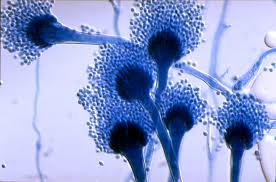 CIRS (or Chronic Inflammatory Response Syndrome) should be considered in any patient suffering from chronic illness who suffers from multiple symptoms, especially fatigue. These patients typically have seen multiple doctors in multiple specialties, including holistic modalities. . CIRS patients have an out-of-control immune response to biotoxins within their bodies, giving rise to many symptoms. Many have waxing and waning symptoms, both physical and psychological, throughout their whole lives. Anxiety and depression are common. Sometimes symptoms improve with moving from place to place, sometimes not. Commonly misdiagnosed with Chronic Fatigue Syndrome, Attention Deficit Disorder (ADD), Hypochondriasis, Irritable Bowel Syndrome, PTSD, Allergies, Fibromyalgia, Anxiety, Depression, and Chronic Pain.

Dr. Ritchie Shoemaker, MD, is the founder of the model of CIRS, also known as "biotoxin illness" or "sick building syndrome." In 1997, he recognized the connection between a symptom complex seen in his patients and exposure to a biotoxin-producing fish-killing dinoflagellate called pfiesteria1. This discovery opened the door to the recognition of illness-causing biotoxins, similar in size, shape, and character, that cause comparable multi-system, multi-symptom illness, recognizable with the right labs, and treatable with the right protocol.

Biotoxins are toxins produced from fungi, algae, mold, bacteria, and viruses. In our practice, most biotoxin illness comes from mycotoxins produced from Mold, which come from water-damaged buildings. Mycotoxins can also come from contaminated foods such as coffee, peanuts, and cereals. Biotoxin may also come from tick bites, which may contain bacteria such as Borrelia Borgdoferi (the bacteria that causes Lyme Disease and co-infections), spider bites (such as brown recluse), contaminated raw fish that may contain dinoflagellate algae (that produces Ciguatera toxin) or from contaminated water- Pfiesteria and Cyanobacteria, including inhalation of airborne or aerosolized toxins from this source.

Most people with healthy immune systems are able to detoxify mycotoxins when they are exposed; however, about 20-25% of the population lacks the ability to properly these toxins.  This explains why some people who are exposed to mold may have symptoms while others do not. Genetic susceptibility is available thru HLA DR/DQ genetic testing.

Visual contrast sensitivity (VCS) testing measures the ability to see details at low contrast levels and is typically used as a nonspecific test of neurological functions. The VCS test indicates how certain biotoxins, such as mold, create a neurotoxin affecting the brain and retinal artery blood flow.  This interferes with the ability to discriminate between white and gray contrast as seen in the test. According to Dr. Shoemaker, if the symptoms are present and the VCS test is positive, even in one eye, there is a 98.5% chance of having CIRS.  This makes it one of the most accurate screening tests in medicine. The Visual Contrast Sensitivity APTitude Test is only $15 and can be found on Dr. Shoemaker's website.

Transforming Growth Factor beta-1 (TGF beta-1) is a molecule that plays an important role in controlling the immune system by producing or suppressing inflammation. Elevated levels of TGF beta-1 indicate the occurrence of a current overactive immune response.

C4a is a biomarker involved in activating a specific process of the innate immune system called a complement cascade and is useful in evaluating immune response in people with exposure to water-damaged buildings (WDB).

Matrix Metallopeptidase 9 (MMP-9) is an enzyme involved in the breakdown of cell membranes in the blood vessel walls which allows inflammatory compounds to move out of the blood through vessel walls and into organs and tissues such as the lung, brain, muscles, joints, and peripheral nerves. In CIRS, cytokines trigger certain types of white blood cells to release MMP-9 into the bloodstream, increasing the number of inflammatory compounds moving into tissues and causing widespread inflammation.

Leptin is known as a "satiety hormone" and is made by fat cells to help regulate energy balance by hindering hunger. High levels of leptin increase the amount of

fat stored in the body, causing weight gain. Weight gain due to leptin resistance is common in CIRS patients.

Vascular Endothelial Growth Factor (VEGF) is a signal protein produced by cells that stimulate the growth of new blood vessels in order to supply oxygen to the tissues when blood circulation is inadequate. In CIRS, VEGF is suppressed due to high cytokine levels which cause poor oxygen supply to the tissues, resulting in muscle cramping and post-exertional fatigue.

Melanocyte Stimulating Hormone (MSH) is a hormone made in the pituitary gland that plays a crucial role in regulating many other hormones, inflammation responses, and defenses against foreign microbes.

Adrenocorticotropic Hormone (ACTH) is a very important regulatory hormone released by the pituitary gland to signal the adrenal glands to produce cortisol.

Vasoactive Intestinal Peptide (VIP) is a very important neuropeptide produced in many places in the body including the gut, pancreas, and the hypothalamus in the brain. Like MSH, VIP helps regulate inflammation throughout the body.

MRI Testing with NeuroQuant® Analysis is a special MRI assessment to assess for damage to specific structures in the brain that can be linked to specific biotoxins.

Treatment for CIRS is based on the Dr. Ricky Shoemaker Protocol. If you think you may be exposed to water-damaged buildings, mold, mycotoxins or other biotoxins, and have some of the symptoms listed above, please contact our office for further evaluation.